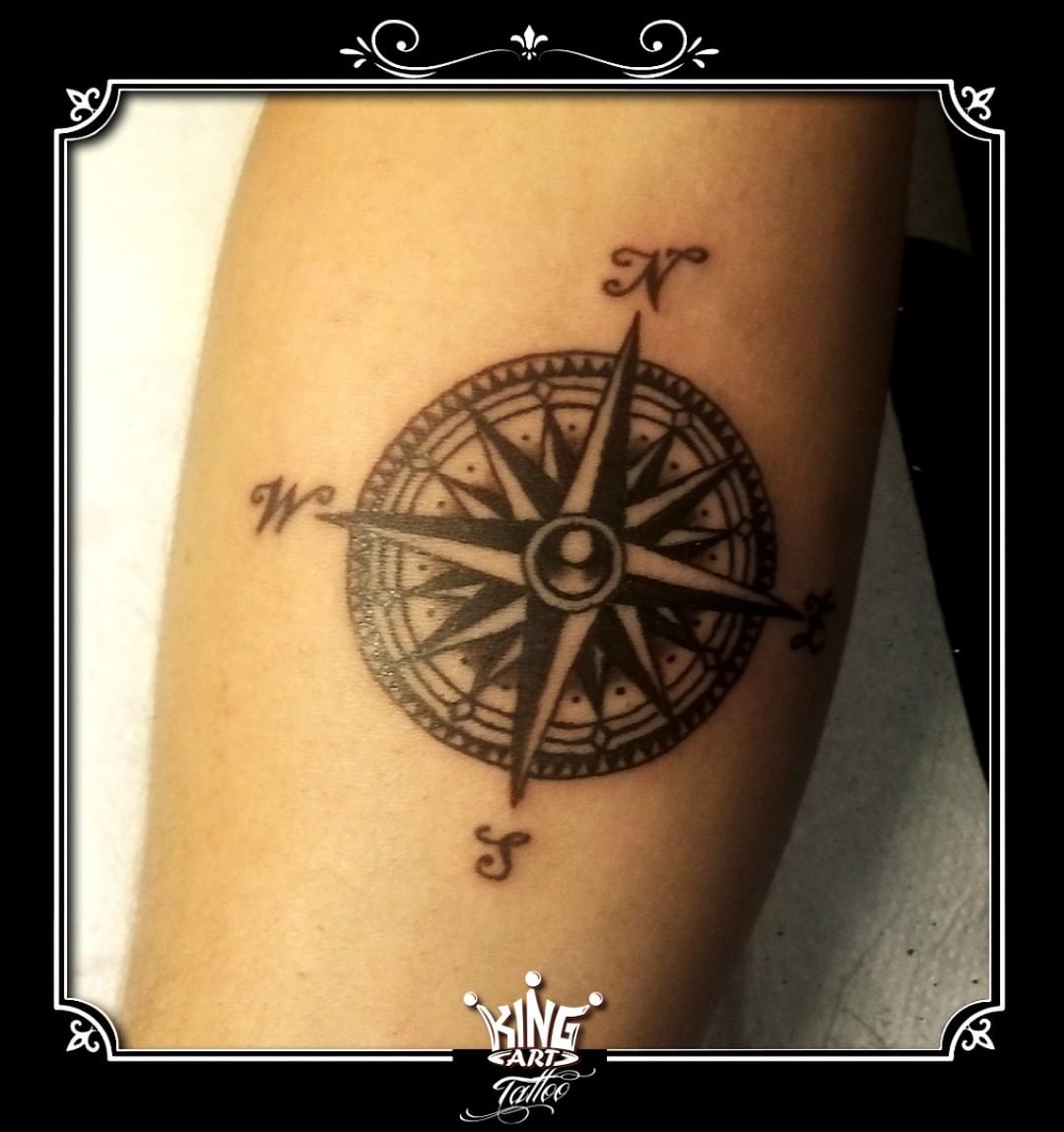 Meet the most handsome compass tattoos of the year 2021. Below you will see a…

Meet the most handsome compass tattoos of the year 2021. Below you will see a list of photos with the best tattoos from our endless gallery.

Choose among all tattoos, the one you like the most. Browsing our interior pages of the galleries. Discover incredible tattoos and share them with all your friends.

What do compass tattoos represent?

Without a doubt, compass tattoos represent symbolic objects as such, they are one of the most desired for the reflective value and the broad meaning that can be given to them. Compass tattoos are one of the first options within these characteristics and also the meaning of the symbolism behind it must be taken into account.

Because behind a tattoo there is much to decipher, but the design can be molded a little from its shape or the symbolism that it has represented over time, to give it other more intimate and personal connotations.

In general, a tattoo that meets the characteristics of an ordinary compass, at first glance represents a journey or a journey under the guidance of it. On the other hand, it is one of the most detailed designs for trying to trace with total similarity the beauty of this accessory, which is normally made under a rustic and old appearance that reminds us so much of the steampunk style.

In turn, this image is transferred to any adventurer who enters either the mountains or the sea with the freedom to go where he wants, knowing that the compass will allow him to return to the starting point.

Today compasses are increasingly obsolete with the emergence of GPS, but being an expert of the cardinal points is never too much, since the compass is very precise and does not require electrical power, nor does it need the help of any satellite to guide you.

Historically, thanks to the compasses used by ancient sailors, new territories were explored and hitherto unknown civilizations were discovered.

The image of compass tattoos always evolve towards the current days, because each one seeks to personalize the design and the own meaning in their own way. None are alike in that aspect, because this can be very versatile and be used as a sign that love has been found or that someone is guiding your steps accompanying you throughout your life.

The depth of the message you want to convey always varies, it is not a general rule, because you may simply have the compass associated with an old memory, a sailor’s past, or simply because you feel a special magnetism towards this important invention in the world. history of evolution.

This compass tattoo lends itself to putting creativity to work in terms of style, design and meaning that you want to give it.

On the one hand, you can see how the course towards the correct path in life, throughout our lives we have to make thousands of decisions and choose between several paths to take, some decisions or paths will lead us to good things and others to situations. that we would like to avoid.

Wearing a compass tattoo implies a lot of self-confidence, having the certainty that you will be able to retrace all the steps you take to return home again, no matter how far you are. Having the ability to follow a fixed course despite the distractions of the road, always prioritizing your perseverance, perseverance and the set goal.

You do not want to lose perspective on where to go, or what kind of decisions to make, this explains why historically the stars were taken as a location reference.

However, with this tattoo design you can play and combine it with cartographic maps, dates or old clocks, to extend its meaning much more, such as setting a precedent for heading to a series of complicated decisions or simply keeping the time in mind as well. Even just because you like the design and need to fill in the empty space of a sleeve on the arm.

Marine cartographies are maps to which geographic elements and the seabed are exclusively dedicated to the location and orientation of navigators in general. Formerly these maps showed dangerous places or marked the safest and fastest routes to navigate, without being so specific in things such as depth or exact distances. These maps were used in conjunction with the compass to guide oneself through the oceans and seas with greater accuracy.

Other connotations of compasses

Whenever an artifact indicates the direction or where to go, it can be linked to the risk of going further to get what you want, knowing that in many sections of the trip, the situation can get complicated. But you will get the ideal course to get out of traffic jams with perseverance, this kind of beautiful reflections are related to the compass.

Being a compass, and personal taste towards it, has led a large number of people to want to get a tattoo, which is not a modern fact, but over time it has been one of the favorite choices of tattoo lovers sometimes to the point of being highly regarded.

Especially since this kind of compass tattoos enhances the relationship between the body and art, not only because of their meanings, but also because of the daring and realistic designs that have been created in recent times. Designs so original, beautiful and realistic that they inevitably cause almost everyone to want a compass tattoo just for the aesthetic appearance it ends with.

This has meant an easy way for artists to reinvent and combine styles, since the compasses are currently applied to styles such as tribal, old school preserving the sober detail, or the biomechanical function to give it more realism, and this is what which mainly enhances this figure.

Due to this, compass tattoos are idealized within any stereotype or style, it is very multifaceted in this regard, which explains the reasons why it continues to be one of the most sought after options when it comes to getting a tattoo, it does not matter. if it is for the historical or aesthetic sphere, it remains at the forefront.

The most used styles when it comes to tattooing compasses are always realism without color and the traditional American color.

This class of tattoos has served as inspiration to create new models and designs based on them. Copying its characteristics to indicate a course through dates or weather vanes, because the idea is to revolutionize any original idea.

So be very sure of what you are going to decide before having to regret it!