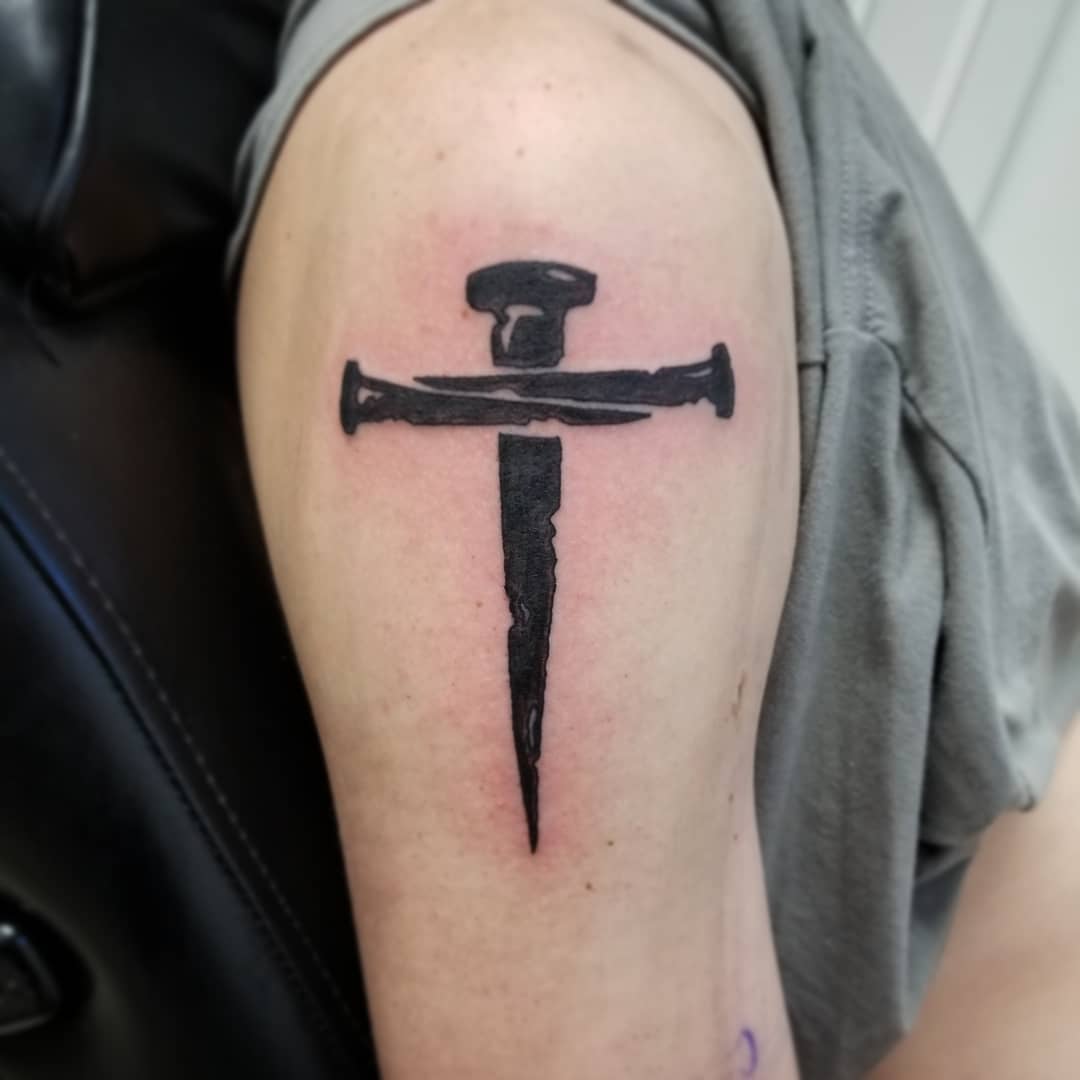 Discover the best most original cross tattoos of 2021. Below you will see a list…

Discover the best most original cross tattoos of 2021. Below you will see a list of photos of the best tattoos from our gallery with pagination included. Choose the tattoo images that you like the most. Browsing our interior pages of the galleries. Discover incredible cross tattoos and above all, share them with all your friends.

The symbolism of cross tattoos

Wearing an image on your skin as solemn as it is spiritual is always a trend in the world of tattooing. Cross tattoos are the ones that most represent the Catholic religion. It is an aesthetic way to carry faith in Christ or Christian beliefs engraved in ink on a tattoo.

The best thing about these types of tattoos is that they can have many personal meanings, such as religious convictions or beliefs. It can also be adapted to thousands of tattoo styles and designs. If you are looking for inspiration for your next tattoo, you are in the perfect place.

In general, they are quite aesthetic and harmonic tattoos, but it does not escape us at any time that the crosses hide several meanings. Mainly with religious, spiritual or personal reasons.

Everything can vary depending on the bearer of the tattoo and his own beliefs, since by inverting the cross, the meaning of the tattoo changes drastically.

For example, people with tattoos faithful to Christianity may possess the classic Christian cross. Sometimes adorned or in a minimalist way to symbolize your faith. On the other hand, those who are passionate about a style more based on the Victorian era or Gothic structures, will feel more akin to ornate designs from these contexts.

In other instances, a cross may represent one’s experience and individuality. Even where the tattoo is positioned can tell a lot. In this way, a cross in the heart could signify the memory of a loved one. Or one with a floral motif, it means a lived experience.

That meaning can only be given by someone who is willing to develop her creativity and passion in it. But there is another important issue, and it is the design of the tattoo.

Styles and variants of the cross tattoo

Among the advantages that cross tattoos have for everyone, is the large number of designs that we can choose from. Since it is possible to adapt them to any tattoo technique and style that the tattoo artist masters.

Cross tattoos have a simple and archaic aesthetic, but they are very striking ideas for both men and women.

And, not least, the wishes and creativity of the person. Some examples like the following may inspire you.

These minimalist tattoos are always a great option for those who don’t want a lot of complexity. And if you are someone with a lot of sensitivity to pain, they are perfect since they do not take long to do.

Small crosses in subtle areas of the body offer a very elegant and minimalist femininity. Besides harmoniously fitting with skin and religious beliefs, it looks great.

Of course, we cannot forget the ecclesiastical and Christian context that the cross hides. Christianity and Catholicism are strongly represented by this symbol. Which, in turn, means the crucifixion and resurrection of Jesus Christ, the greatest exponent of the Catholic religion. You see a lot of tattoos that cover the full back with a huge cross.

Many can be seen adorned with intertwined knots, using solid, thick outlines and with mainly greenish or black colors.

The Celtic cross after all, demonstrates the devotion to nature and the cycle of life that the Irish natives of ancient times, originating from the Celtic culture, maintained.

One of the favorites among the youth, one of the many fads that sometimes come to stay. Tattoos to give visibility to the pagan religions of northern Europe.

These also have many meanings. They are distinguished by being the typical crosses used in the Christian faith, but inverted by 180 °. As a symbol of rebellion against religion, in opposition to the ideas of Catholicism, or simply an aesthetic idea that aims to go against the norm.

It can also represent personal taste for certain musical groups that use this symbol. As in Black Metal, alluding to Satanism itself as the way forward.

In this case, the design of the cross is usually partly minimalist in terms of details. With fairly solid fillings in one color, almost always black to stand out on the skin of the tattooed person.

Thus and many other designs exist for this type of tattoos. And none ceases to be a fairly aesthetic and expressive option to wear on the body.