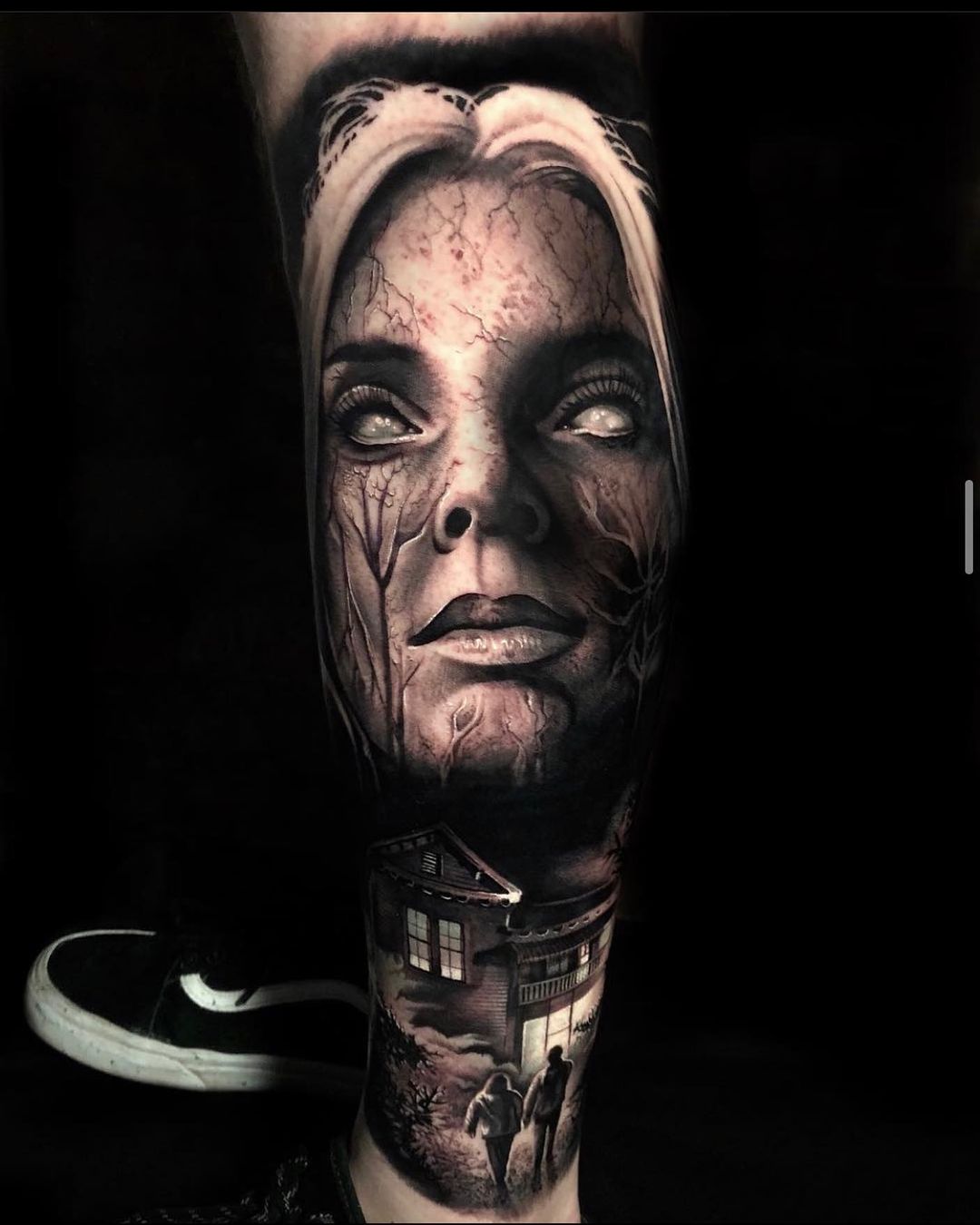 Generally, face tattoos are used to represent an important person in our life, or to…

Generally, face tattoos are used to represent an important person in our life, or to represent an emotion. Being a tattoo, it will have different meanings for each person who decides to wear it.

In a general sense, we can say that face tattoos usually symbolize the admiration that one person feels towards another (who are usually women) and are usually a symbolism to denote that this tattooed person is of great relevance in the life of the person who has been tattooed. .

Face tattoos, which generally represent the face of a woman, are often used by all those who seek to show love or admiration for a specific person, which is why it is usually the face of a mother, daughter or sister.

These types of tattoos are also often used to represent the face of a son or father, although to a lesser extent compared to the faces of women. Thanks to the fact that it is a way of showing admiration, there are those who also choose to tattoo the face of a famous person.

These face tattoos are usually done in black and white, with a shading technique and in wide spaces such as the back, arms or legs, the most common being the area of ​​the arms.

Likewise, we must emphasize that these face tattoos are usually also used to represent a religious figure, in the case of those people who follow a religion, or else, they tend to be more minimalist and only find a face similar to emojis.

When opting for a face tattoo, the design is quite personal and the technique for each one will vary according to the desire and taste of the people. If you are thinking of getting a tattoo of these, we recommend you consider these techniques.

This technique is the most used for this type of tattoo where, as its name indicates, it is a fairly realistic portrait of the face to be tattooed; in this case, they are usually black ink tattoos where shadows predominate.

Being a simple idea, but striking, it is a face less loaded and with less ink than in the previous case. The sketch style is often used by fair-skinned people who do not want to overload their skin with ink (to avoid future touch-ups to the tattoo).

And the face tattoos?

When we refer to face tattoos, we can find not only the option of a tattoo that represents the face of a loved one, but in a literal sense of a tattoo to be made in the face area. By not being specific in this, there are those who confuse one category with another.

Although this last category is quite popular, very few people dare to get a face tattoo. The designs that are usually used are minimalist, which are composed of short phrases, minimalist faces, crosses or small diamonds.