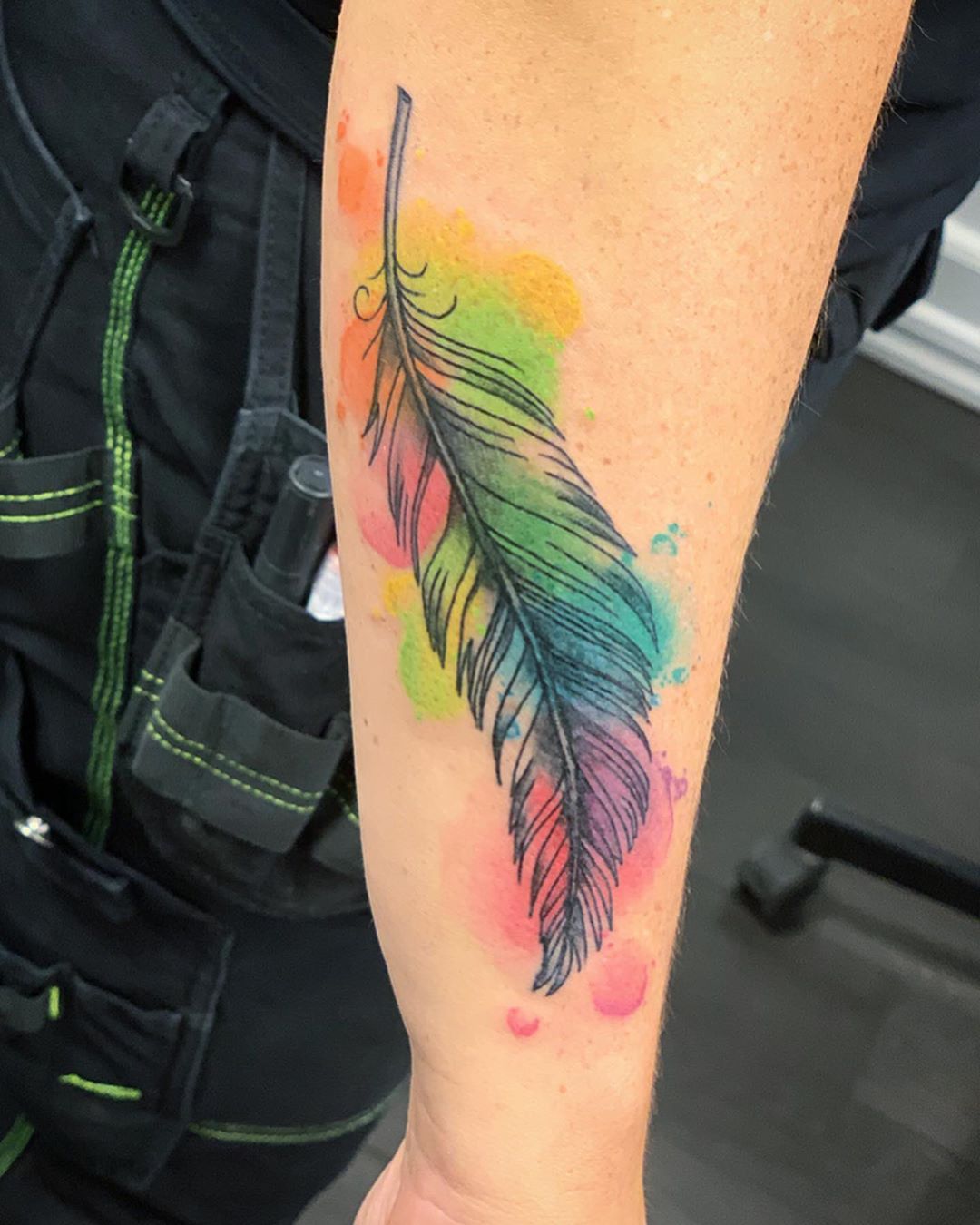 Welcome to our feather tattoo gallery. Browse through it and find the ones you like…

Welcome to our feather tattoo gallery. Browse through it and find the ones you like the most. Super original tattoos so that you can study ideas when it comes to tattooing yourself. A tattoo is something very important that we will surely carry throughout our lives. Think carefully about what you want to tattoo by looking at images of tattoos before deciding on a specific design.

What does the pen mean?

Currently there are a large number of feather tattoos that can symbolize a myriad of things, as bird feathers have been considered for years as a sacred symbol. According to the type of feather tattooed, its meaning may vary.

The feather is part of different rituals, so feather tattoos can take on the meaning of different characteristics such as will or strength, regardless of the size or colors of it.

Feather tattoos symbolize much more than an object, as this element, according to many cultures in the world, has great spiritual power. Feathers are also part of a myriad of tribal rituals.

Feathers have also for years been considered for the beauty they possess and some of them have been considered sacred and gifts from the gods. For this last reason, they should be treated with the utmost reverence possible.

The latter is due to the fact that the pen largely represents wisdom. According to their cultural context, feather tattoos can also symbolize beauty, elegance, nobility, honor, courage, justice, truth, rebirth or spiritual power.

Feather tattoos can also be related to air, so their meaning can be assumed as that of freedom. This is thanks to the fact that to fulfill their function in the body of the bird, they need air.

Finally, feathers also have another peculiar meaning in the world of Native American Indian culture, and that is that they symbolize the power of the gods of thunder, air and wind.

Meaning of the tattoo according to the feather

Also known as shamanic feathers, they represent the direct relationship that can exist with the spiritual world. These feathers in various cultures are used to invoke spirits or ancestors. They are associated with the ancient indigenous cultures that populated America and the Native American Indians.

These feathers used by shamans also symbolized celestial wisdom and were a way of representing the power of the gods. The latter is also attributed to the relationship with the spiritual world that these Indian feathers possess.

When it comes to this bird, its feathers are associated with strength and bravery. They too represent the strength of ideas and the conviction to carry them out. In other cultures, eagle feathers symbolize healing and renewal.

Peacock feathers are considered a symbol of beauty and majesty, as is the animal to which they belong; They are also considered elegant and can only be worn by those who feel comfortable with themselves.

In the case of the owl, when the feathers come from this animal they are associated with intelligence and culture. This is because for a long time this animal has been considered as cunning and more intelligent than it appears.

The phoenix is ​​considered the bird of resurrection and immortality, thanks to the fact that it is reborn from its own ashes. According to Greek mythology, receiving a feather from this bird grants you eternal life.

Feather tattoos have a great advantage and that is that they can be designed in different ways and can be made on the skin of men and women, as their meaning will vary according to the personalization received from each person.

It is very common to find designs of colorful peacock feathers, or with watercolor technique in the case of women. Instead, men opt for an Indian feather design with only two colors.

Another design that has become very common with the idea of ​​feathers is that of the infinity symbol, which in one of its lines will have a feather that can be adorned with different elements such as birds.

These tattoos are also characterized by being eye-catching and eye-catching, as well as they can be done in any size and anywhere on the body. These feather tattoos are usually done on the forearm or on a finger.