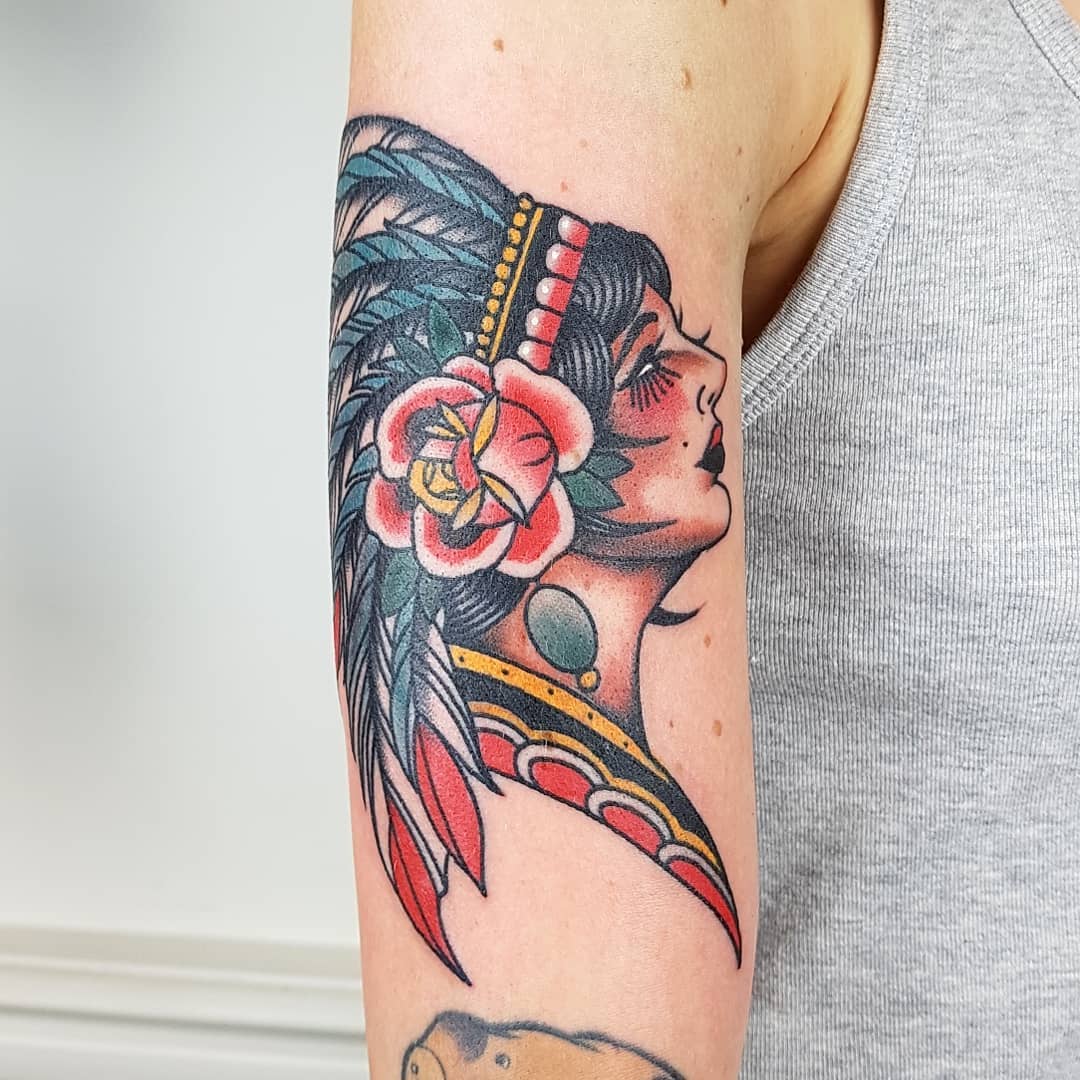 Discover the best traditional tattoos of 2021. Below you will see a list of photos…

Discover the best traditional tattoos of 2021. Below you will see a list of photos of the most incredible tattoos in our gallery with pagination included. Choose the tattoo images that you like the most. Browsing our interior pages of the galleries. Discover incredible tattoos and share them with all your friends.

This article is dedicated to giving you all the necessary information about traditional tattoos. From its origin, what characterizes this style and what they represent.

So, if you are interested in this art, knowing what a traditional tattoo is, or Old School as it is also known, is almost general culture. Which is perhaps the most representative style of the practice, since thanks to the so-called “tradi” the trend of adorning the skin with extravagant designs and drawings was born.

You may wonder, how does the idea of ​​placing art pieces on the body appear in the world? Well, that story is very long and remote. Perhaps ancestral. What we can tell you is that the most iconic “classic” tattoo comes from European and American lands.

And those who dared to sacrifice their skin were the sailors and pirates. From there, the popularity of tattooing anchors and maritime symbols begins to make sense. But not only that, pieces related to struggles, memories of their murders or lost lives, among others, were also placed.

A practice that became so popular that the first tattoo shop was opened in America in the 19th century. In which we can call the golden age of the classic tattoo. Yes indeed. The artists were not very skilled and only the bravest dared to submit under the needles. But it does not indicate that it was not the time that revolutionized the tattoo.

Characteristics of the traditional style

The style that emerged in the aforementioned period can be recognized from other techniques today. The first thing that can be noticed are the lines of traditional tattoos. They are always solid and clean, mainly black in color.

And speaking of the colors, they are nothing to write home about, but they do give the tattoo a classic touch. It consists of not very complicated palettes, without gradients between colors, very risky. Remember that it was what could be done with the materials of the time. But whose impact is still valid.

But what can differentiate a tattoo of this class from the others are two things. The exterior outline and the theme. That is, if you see a thick outline that enhances the entire figure, it is a “tradi”. And if it has an iconography of animals, pin-up girls, sailors, flowers or some warlike motif, take it for granted.

But what meaning do all these reasons hide? Why are traditional tattoos still valid in this age? The answer can be found in the meaning of the tattoo itself.

Symbolisms in the Old School

This style goes far beyond simple illustrations. Because each one of them has a meaning, which has transcended through time and has become cultural symbols. Like, for example, the following:

In ancient times, for a sailor to see one of these characteristic birds meant the return to the mainland, or the arrival home. Therefore, they represent a kind of good luck charm for a safe trip.

This animal has represented the American spirit for many decades. With fierce, bold and proud momentum, in addition to being a symbol of honor and patriotism, thanks to their nature.

It is not very difficult to find meaning in it. They are the symbol of love in almost everyone. And for the bearers of the first American tattoos, the sailors, constituted a representation of the loved ones. In the hope that they would accompany them in spirit in a figurative way.

This could be the oldest symbol. It can be given the interpretation of stability or safety in a crew. As well as protection when sailing in mysterious waters.

Therefore, the classic style of tattoos was not a simple fashion. But a milestone, which today continues to endure, from its aesthetics to its most intrinsic meanings.