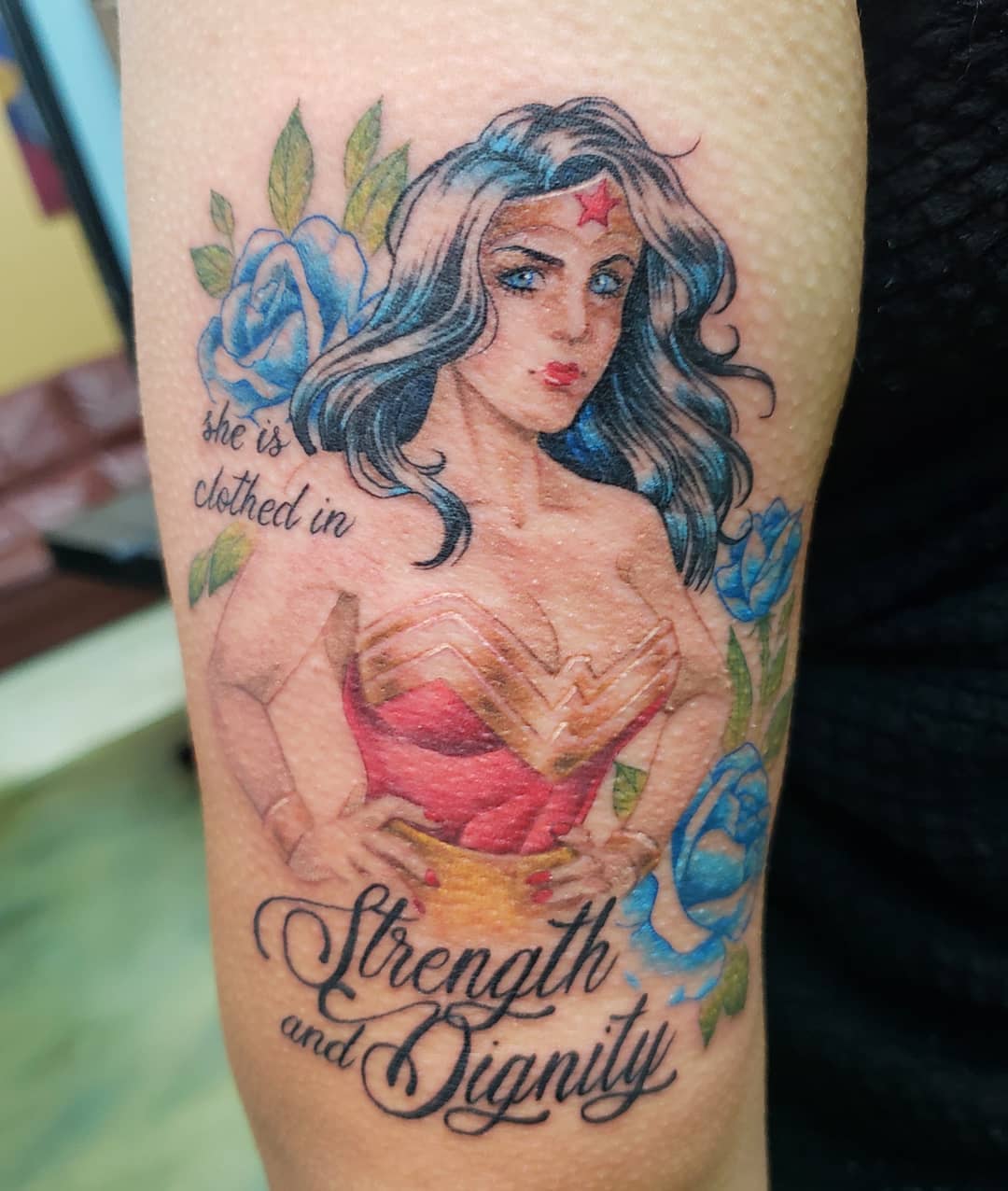 Mainly used by women, wonder woman tattoos represent the strength of women, as well as…

Mainly used by women, wonder woman tattoos represent the strength of women, as well as their determination and strength. They are now more popular thanks to the films that tell the story of this powerful woman.

Wonder Woman tattoos can be represented not only with the figure of this woman’s body, but also by her symbol and can be found combined with the sign of other heroes that complement this woman, such as Batman and Aquaman.

What do Wonder Woman tattoos represent?

Wonder Woman is a character that belongs to DC Comics and had the first appearance of her years ago. Thanks to the acceptance that it had, today she not only has comic series, but also movies and animated shorts.

Therefore, part of the meaning of wonder woman tattoos focuses on the fanaticism that exists around the character, which is characterized by her strength, dexterity, dedication, power and empowerment to always overcome every obstacle.

On the other hand, many people choose to get the symbol of this superhero tattooed to represent the characteristics mentioned above. Finally, there are those who opt for a wonder woman tattoo to symbolize the sensuality of her body.

Being a character from a comic, the options regarding the designs around it are three different. We emphasize that there are those who choose to combine these styles or create their own that suits the meaning they seek to give it.

Some wonder woman tattoos are inspired by the comic book character, being a pin-up model characterized by a vintage and television design. This is the most used style and with which the face and long hair of this woman are usually reflected.

Just as there are fans of comics, there are those who are very fans of the movies played by Gal Gadot. Therefore, there are tattoo designs with the face of this actress representing the character, although they are not as used as the previous one.

Finally, you can find wonder woman tattoos inspired by symbols from the movie and the comic. In this case, we find designs with the W that refers to this heroine, as well as her logo surrounded by the whip or in combination with the logo of other heroes.

Where to get a wonder woman tattoo?

As it is a tattoo design that combines colors, the best area to capture it in a visible one such as the arms or hands. Thanks to the fact that these tattoos are designed in considerable spaces, they will look striking in the aforementioned area.

If you prefer a more elaborate and larger design, you can choose the area of ​​the back area or obtain guidance from your tattoo artist, since their experience gives them some knowledge about which area is the most suitable for the different types of tattoos