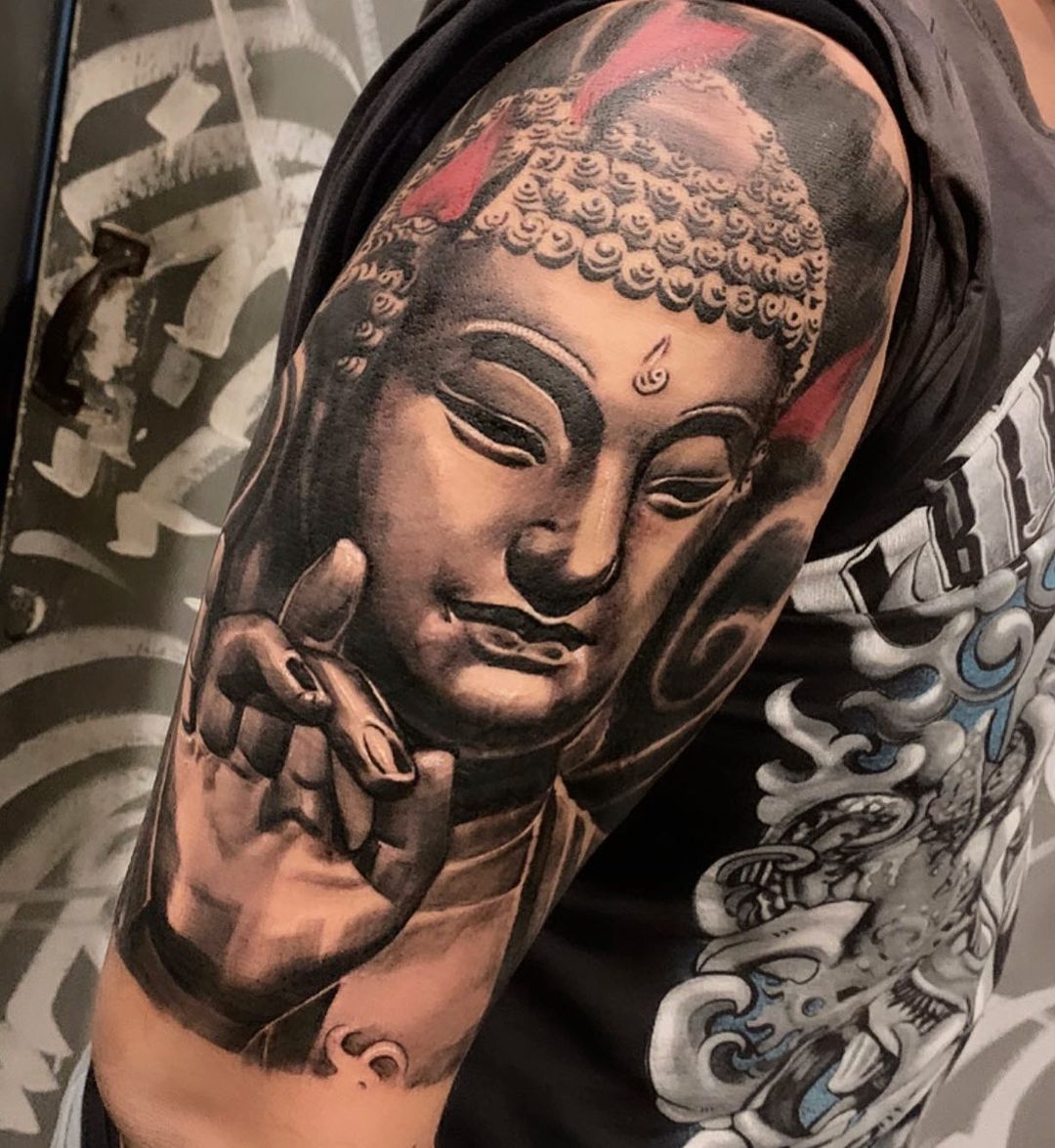 Before inking the Buddha figure, it is better to know a little about the Buddhist religion. The Buddhist religion is one of the most widespread and ancient in the world. Gautama buddha was the person who founded the teachings of Buddhism. In statues and tattoos of the Buddha, this is shown in different poses, each with a different meaning.

The most popular buddha tattoo shows him with one hand raised and the other hand shows an “O”. This Buddha means wisdom and understanding of one’s own path.

A meditating Buddha signifies serenity and his legs are crossed with his hands in the middle of his stomach. Buddha together with the Bodhi tree means higher enlightenment, while with a lotus it indicates rebirth, purity and development of the path.

A laughing Buddha, often called a Budai, is a great idea for those who have a good sense of humor and are trying to be happy without material things. This symbol is also a reminder to enjoy life to the fullest. This buddha tattoo is well known in Chinese folklore and creates a visual delight.

The mandala or wheel circle Buddha has filigree ornaments that not only attract attention, but also add significant value. Represents wisdom and enlightenment. The Weeping Buddha tattoo represents the ancient legend of the loss of the Buddha’s son, that is, the suffering, peace and strength of the world.

The figure of Buddha is usually drawn in black and white colors. Gray works particularly well in cases where wooden or stone statues are depicted. Additional motifs such as colors can be used to show a spiritual and positive attitude towards life. An Asian Buddha tattoo tattooed on the side represents a passionate and powerful personality.

A baby Buddha design means purity and inner peace is a nice design for the side of the forearm. The Buddha face with a lotus tattoo design represents who you are as a person as you follow. A work point accentuates the face in the black and gray foreground.

A Buddha with flowers in watercolor this piece gives an explosion of emotions is a combination of watercolors and shadows that makes the Buddha magical. If you stick with buddha tattoo sizes that are quite large, there are options to get as much ink as you want.

The Buddha next to the Bodhi tree It is said that the roots of said tree extend deep into the earth this type of tattoo invokes the greatest potential of the human being. Ink is a good example of the Buddhist religion.

The most common is that the people who choose to get a Buddha tattoo are people who profess the Buddhist religion or who have a devotion to its practice. Like someone who tattoos a rosary claims to demonstrate his Christian faith. That is why it is said that the closed eyes of Buddha speak silently.