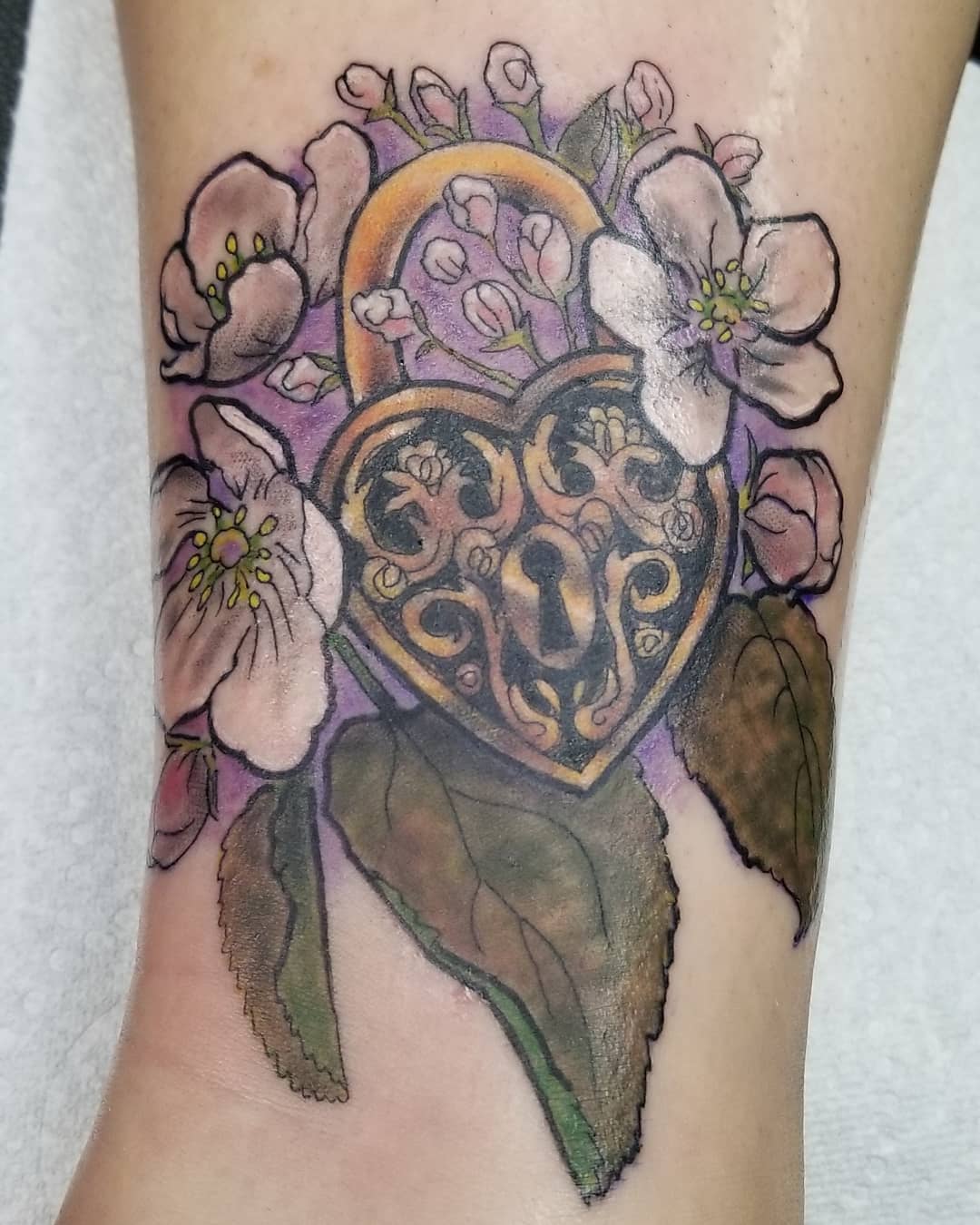 Flower tattoos have been a reason for both men and women to take this step,…

Flower tattoos have been a reason for both men and women to take this step, where aesthetics are placed as a priority, since their style fits anyone, therefore apple blossom tattoos have become popular, these make anyone fall in love with a simple glance or just seeing it in sketches.

However, according to the meaning of the flower itself, it moves towards the tattoo design, because they are not only part of the environment, but also represent a philosophical current of life, which have been adopted by the passage of different cultures, Therefore, before getting a tattoo of this type, you must know what it hides.

When viewing apple blossom tattoos, it is possible to remember the purity of Christians, since it is the tree that produces the fruit of sin, therefore in tattoos it is postulated as an idea of ​​temptation, of the decisions that are made in life, which cause a positive or negative impact depending on the consequences.

These flowers are the insignia of Adam and Eve, but far from religion, the apple itself is a characteristic fruit of wisdom and learning, so it maintains these ideas as aspects of its own concept, currently it can be accompanied with others geometric designs that give it a much more aesthetic air.

On the other hand, when the flower is not highlighted so much, but the apple, it has more to do with love and fertility, which is not the case, the symbolisms pursue a unique sensitivity for each situation, the flowers add color to life to a contour, so it happens in the skin, only that in this case it is a mixture between flourish and abound, or tempt.

The margin between one meaning and another is produced based on the conviction of each person, in addition the colors also provide another kind of appearance on this tattoo, since a reddish tone can be placed, as well as light or dark green, everything it is about playing with the design until you get the one that identifies you.

The versatility of apple blossom tattoos

For various religions, apple blossom tattoos will have their own perception, although in the countries where this fruit is harvested, it will always represent a kind of abundance of wisdom, the theme of flowers always pursues that connection of man with nature as a representation graph.

The planes or location in which the design of this tattoo is established also play an important role, since it can be related to the sexual theme, because it pursues a fertile meaning, however, in an ancient way it has been drawn as a deep symbol of knowledge. , for the theme of his planting on the garden of Eden.

Each tattoo brings out creativity completely, in the case of flowers it is no exception, just as it is a crop in physical life, the same thing happens with tattoos, it is marked on the skin like a seed of a clear message personal.