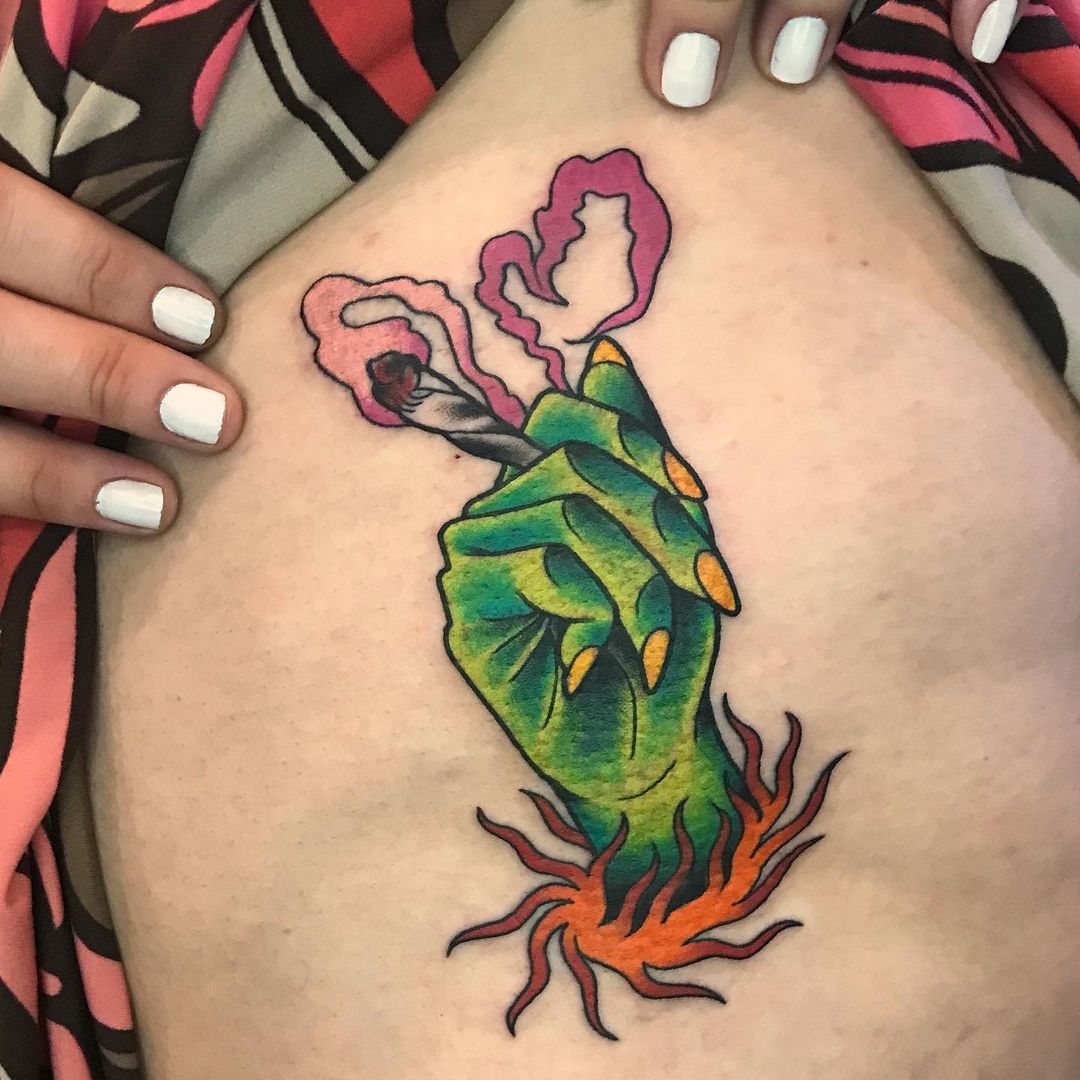 For all fans of this plant, today marijuana tattoos are found in a variety of…

For all fans of this plant, today marijuana tattoos are found in a variety of designs, styles and techniques that not only use black ink, but also green ink. According to what you choose to get tattooed, it can have a different meaning.

Cannabis tattoos are usually part of a culture and rich history, since it is not only a plant that has hallucinogenic effects on people, but it is also one that is used to cure certain ailments of the body. To show their support, many decide to get it tattooed.

Marijuana tattoos have gained popularity among those who support the legalization of the use of this plant, so that the designs that you can find are varied and combine certain elements to complement the presence of the plant.

According to the elements that you add in the tattoo, its meaning may vary. In a general sense, the meaning of tattooing this plant is the support of this culture, the consumption of it and the belonging to this culture.

Therefore, the rest of the meanings attributed to the designs are the following:

This refers to tattoos that involve the figure of Bob Marley and its meaning focuses on supporting the plant that is smoked and not the medicinal one. In this culture the important thing is to consume the plant, since it is part of that culture.

This is a term widely used by those who consume marijuana and as regards tattoos, it is a code used by those who smoke this plant to communicate with each other and refers to the meeting time for the consumption of it to relax.

Finally, many cannabis tattoo designs combine the presence of the plant with extra elements such as letters, smoke and even animated characters consuming said plant, such as SpongeBob or the Minions.

How to care for a cannabis tattoo?

Unlike others, cannabis tattoos are characterized by the presence of colors other than green and black. For this reason, they require certain care that allows them to look good without retouching for longer.

Among these cares, we highlight the application of a lotion or ointment that helps the skin to heal. Once the tattoo is done, we recommend that you keep the protective plastic in the area for the time specified by the tattoo artist.

On the other hand, we recommend that you use moisturizers when the tattoo has healed, so that the area looks good and brighter, as well as you should avoid wearing the sun in the area, as it makes the colors lose intensity.

Finally, when the marijuana tattoo is in the days after its completion, we recommend washing it with warm water and antibacterial soap, this being helpful for the healthy healing of the area that at those times is usually very sensitive.