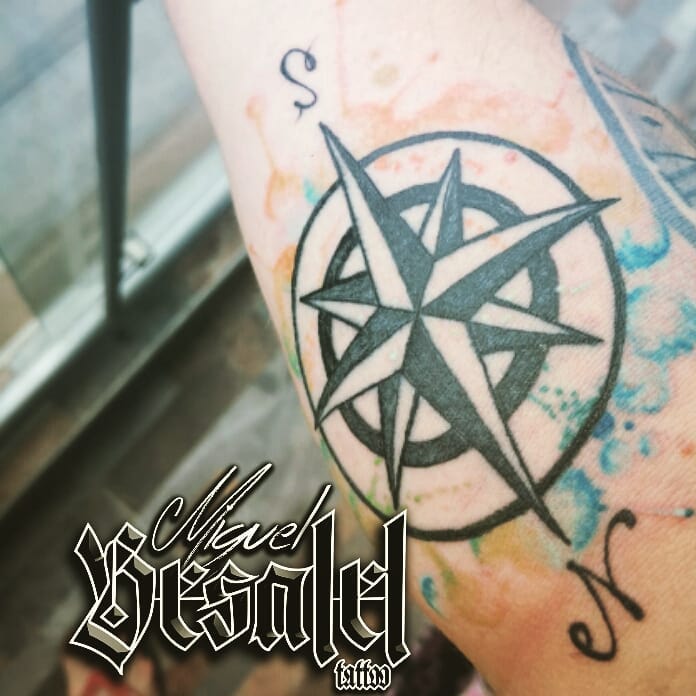 Image gallery with the best compass rose tattoos. Thousands of photographs with the latest trends…

Image gallery with the best compass rose tattoos. Thousands of photographs with the latest trends in tattoos. Always updated and with a lot of content on our multimedia servers. Look for the designs with compass rose tattoos that you like the most on our website. Browse the different pages and view the photos with a simple click.

What do compass rose tattoos mean?

In this section or class of tattoos prevails or is directed towards the adventurous spirit, the compass rose tattoos are one of the most demanded, and even with a lot of personality in their aesthetic aspect, since the designs of the same are a marine jewel so to speak.

Because within the fanaticism for reliving the experience of being at sea or having close relationships with the navy, this tattoo with high compatibility settles and agrees to satisfy this inclination.

This figure represents the shape and data oriented towards the nautical chart, its design alludes to it, as a great similarity to it, that is why for sailors it has great meaning or is directly associated with the marine world, as marking a point of party and a course to explore.

However, in the aesthetic field it shows the cardinal points and the direction of the winds, and on this figure the fleur de lis is positioned as a kind of signal to go north, so it ends up being a guide, for that reason it is firmly believed which can also be used as a form of amulet so as not to get lost.

It is a kind of reflection on finding the way, and that type of metaphors that can be established in relation to the sea or the ocean, that is why fishermen or navigators normally wear these as protection and good vibes during their journey, because it ends up being for them like a compass so as not to give up or give up in the face of some adversity.

This type of tattoos is usually complemented with many more elements that comprise navigation, such as boats, anchors or rudders, seeking to set the scene, not to mention the number of styles, since they are derived from very creative with striking colors, to some that implement styles of old and sober.

The marine belief with spiritual growth come together on this tattoo, which undoubtedly speaks for itself, which is ideal to choose an identity when applying it, and above all because a large number of people have good memories of the sea, it is always seen as an escape from the routine and there are even many experiences linked to it.

On the other hand, it can also be observed in the tattoos that are made between couples as a form of commitment between both, as a way of expressing having found love and not wanting to lose it, that is, it can be adapted to some personal experience with which is being undertaken and means a long journey of life.

For all that this tattoo has to say, it becomes an extremely attractive option, for this reason it tends to show many modifications, especially with regard to the star that represents the cardinal points, since if you want to orient towards an aspect sentimental they add more points or with geometric edges.

The freedom of being able to get a tattoo that has a great breadth to give it the meaning that best suits you, because the main idea will always be to find a model that completely fits you and your lifestyle, marking of course small personality traits.

If you want to put aside the marine theme, on the other hand the compass rose, is marked by carrying or transmitting luck, and for this it was understood that when wanting to tattoo a figure and place this rose on it, it was sought more than all attract good times and better energy to face any challenge.

It is a great idea when you are within a point in life in which constant decisions are made that will set a course for everything, and you seek to ensure the future, knowing that you are at the expense of facing the consequences that this brings. which adds more reflective value to it than it already has.

Everything will depend directly on how you want to visualize and understand the events that take place around life, which are closely linked to the decisions that are made daily, even the tattoo itself implies a decision with which something is going to be transmitted Whether it is a simple taste for the theme of the sea or living near the sea.

As is well known, the reasons do not prevail, there is no instructive code, far from it, and it is precisely what makes the world of tattoos so popular, the freedom to communicate through art, or simply being a canvas of an attractive design .