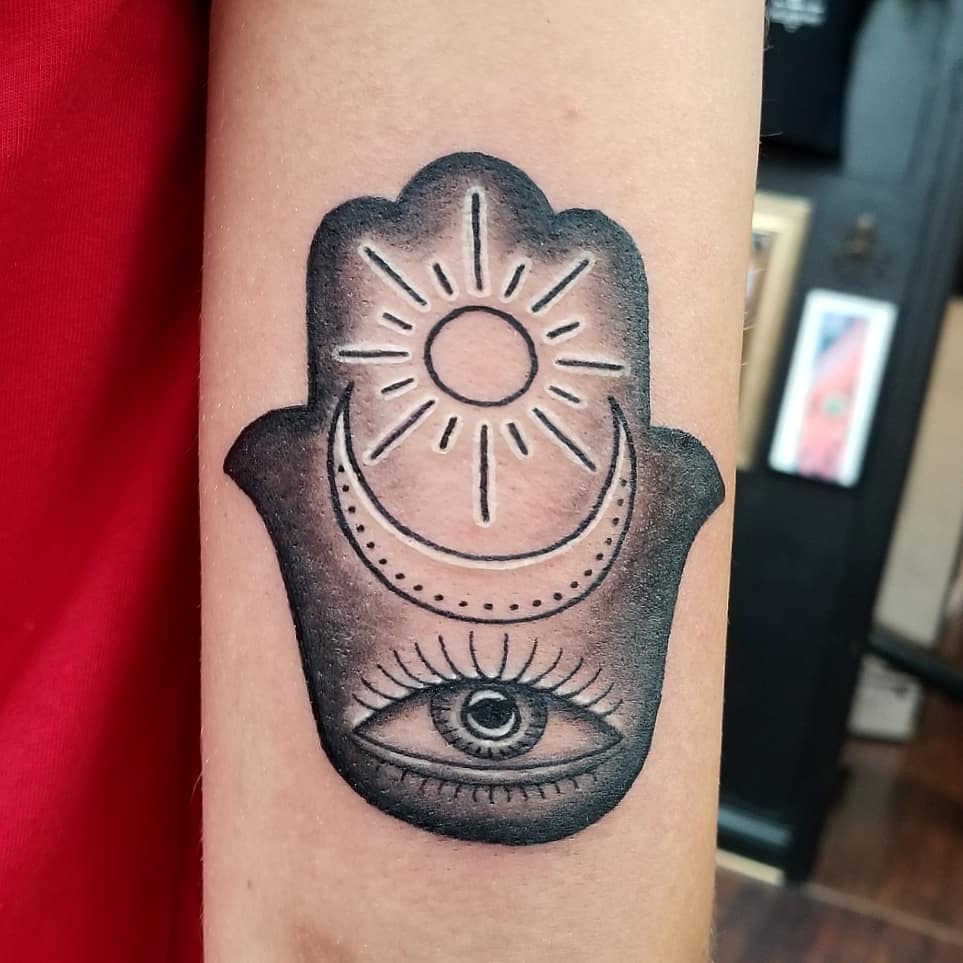 Welcome to our with very handsome hand of Fatima tattoos. He browses it and finds…

Welcome to our with very handsome hand of Fatima tattoos. He browses it and finds the ones you like the most among thousands of tattoos. On our website you will find the most original on the Internet.

It will be good for you to study what ideas, styles or designs favor you the most when it comes to tattooing. A tattoo is something very important that you will surely wear for a lifetime. Think carefully about what you want to tattoo, look at all the tattoo images that you have time to see before deciding on a specific design.

What do Hand of Fatima tattoos mean?

The hand of Fatima tattoo, on the other hand, has gained much fame in recent decades, due to its meaning and symbolism. It should be remembered that this tattoo has a totally mystical representation that makes it super interesting, not to mention its shape.

The tattoo of the hand of Fatima, Hamsa or Jamsa, reflects some of the elements of Muslim culture, therefore it is a great claim within the world of permanent ink. It has been since ancient times a symbol to try to unify countries that are in conflict.

The hand of Fatima tattoos symbolize an amulet that is recognized worldwide, however, it is a tattoo that comes from Muslim and Jewish customs. It is characterized by being a design that is shaped like a five-fingered hand, in which an eye can be seen.

When tattoos of the hand of Fatima are seen, it is observed that there are drawings where three long fingers appear, and in others, the thumb and little finger are curved. As for the eye that is inside, it indicates that it is a protective amulet that avoids envy, evil and in other cases increases fertility.

Tattooing the hand of Fatima in color is the best, due to its details and the shape of the hand drawing, with it you can play with a wide range of colors, to get a striking and above all lively tattoo. Depending on the tones used and how they are combined, a tattoo similar to Mexican skulls is obtained.

And what about the hand of Fatima tattoos in black? Basically, black also looks very good, although it is preferable to see it vibrate in colors. However, tattooing it in black with a careful outline will have a totally delicate and even sensual tattoo.

Where to get a hand of Fatima tattooed?

As for which areas of the body it is good to tattoo, in most cases it is chosen to do it on the back, on the sides of the chest and on the nape of the neck. However, there are people who dare to do them in their own hand.

It should be taken into account that the hand of Fatima tattoos must contain a large or even medium size, so that each of its details can be appreciated more easily, because otherwise part of its magic would be lost.

This type of tattoo is much more than a simple hand with two curved fingers and the others extended, an eye and some small fish or another object must be added around it, to make it more original.