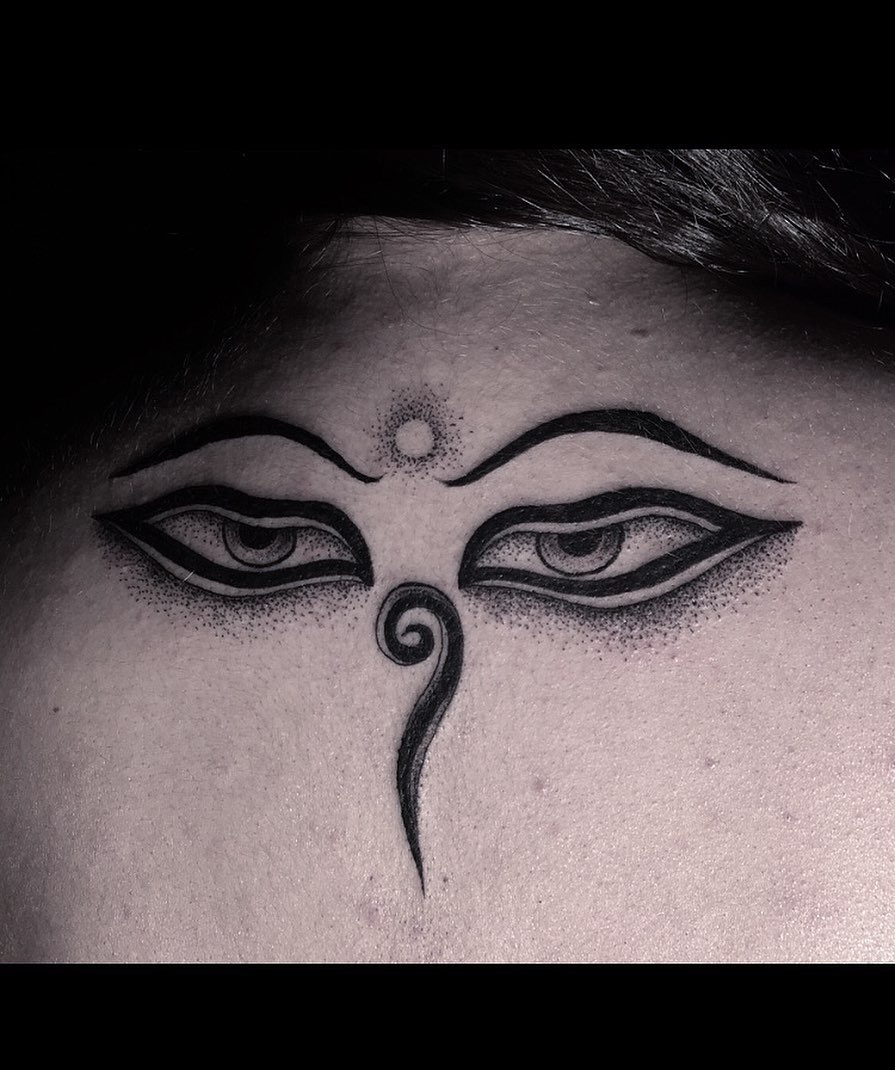 Welcome to our galleries with cool Hindu tattoo images. We have thousands of photos of…

Welcome to our galleries with cool Hindu tattoo images. We have thousands of photos of gorgeous tattoos. Browse between our pages to access all free content. Choose the most beautiful and original tattoos that you find, you have to look through many photographs before deciding on any of them.

Start small if this is your first time, make sure you can handle the pain of the tattoo session. It is not within everyone’s reach to endure a very long tattoo session.

No matter what style of tattoo you are looking for, in here you will find it with a single click. Scroll through all our pages full of photos until you can see them all.

Hindu tattoos are an excellent tattoo option for those who consider themselves very spiritual. As the name indicates, these are tattoos that contain symbols of the Hindu religion, originating from India.

These Hindu tattoos come from the regions of Pakistan, Bangladesh, Nepal, Bhutan, Maldives, among others. Each of these symbols has different meanings that can be customized according to what each person wants to represent with it.

Hindu tattoos are perfect items for those who believe deeply in the spiritual. This is a religion that, according to many, is defined by having different elements and symbols rich in meanings and stories.

These symbols of the Hindu religion are ideal to express yourself about philosophy, teaching and about the different gods. This religion and its symbols are divided into different categories where we highlight the position of the hands (mudras).

Hindu tattoos have different symbols to consider that must be studied well, know their history and understand their meaning to avoid tattooing a meaningless element.

Currently there are different tattoo designs that integrate Shiva who is one of the most important gods in this religion. This God is in charge of purifying and destroying, this element is loaded with tradition and symbolism.

Among the most frequent designs of Shiva, and that must be taken into account when representing Shiva, there are designs of figurines with precious stones and bright colors.

Another element to keep in mind about Shiva is his third eye which represents his wisdom and which allows him to see beyond the obvious. In this Hindu religion it has a meaning related to the power to detect evil and bad intentions.

Shiva also has a snake necklace that represents his power, which goes far beyond death; it is also a representation of danger and death. He can also be assigned a moon for his power to create and destroy.

Ganesha is nothing more than the form of an elephant, who in this religion has endless meanings. Ganesha is a goddess who has a human body and an elephant face with four arms.

This goddess is credited with the arts and sciences that Hindus revere, and she is also seen as an aid to overcome obstacles and difficulties. This can be done in different colors or in black and white.

This is a goddess who is more influenced by Hindu art than any other symbol of this religion. With it, different tapestries, engravings and statues are also reflected, in addition to relief in the figure of Ganesha.

In Hindu culture it is very common to find women with their arms and hands decorated with henna tattoos before their wedding. Generally these tattoos are made with a pigment that disappears after weeks.

The ritual to get this tattoo is what in other cultures is known as a “bachelorette party.” When women get this tattooed on their hands, the custom is that they should not do any housework and it should be pampered.

Another important element in this Hindu world is the lotus flower. This flower represents and symbolizes the purity of the soul and the body. The muddy water where this flower is born is associated with carnal attachments and desires, but when it blooms, it represents purity.

In all the Hindu tattoo designs that we can find, the most frequent element has been the Hamsa hand. This hand is also known as “the hand of Fatima” and is also used by other cultures of the world, so its meaning changes.