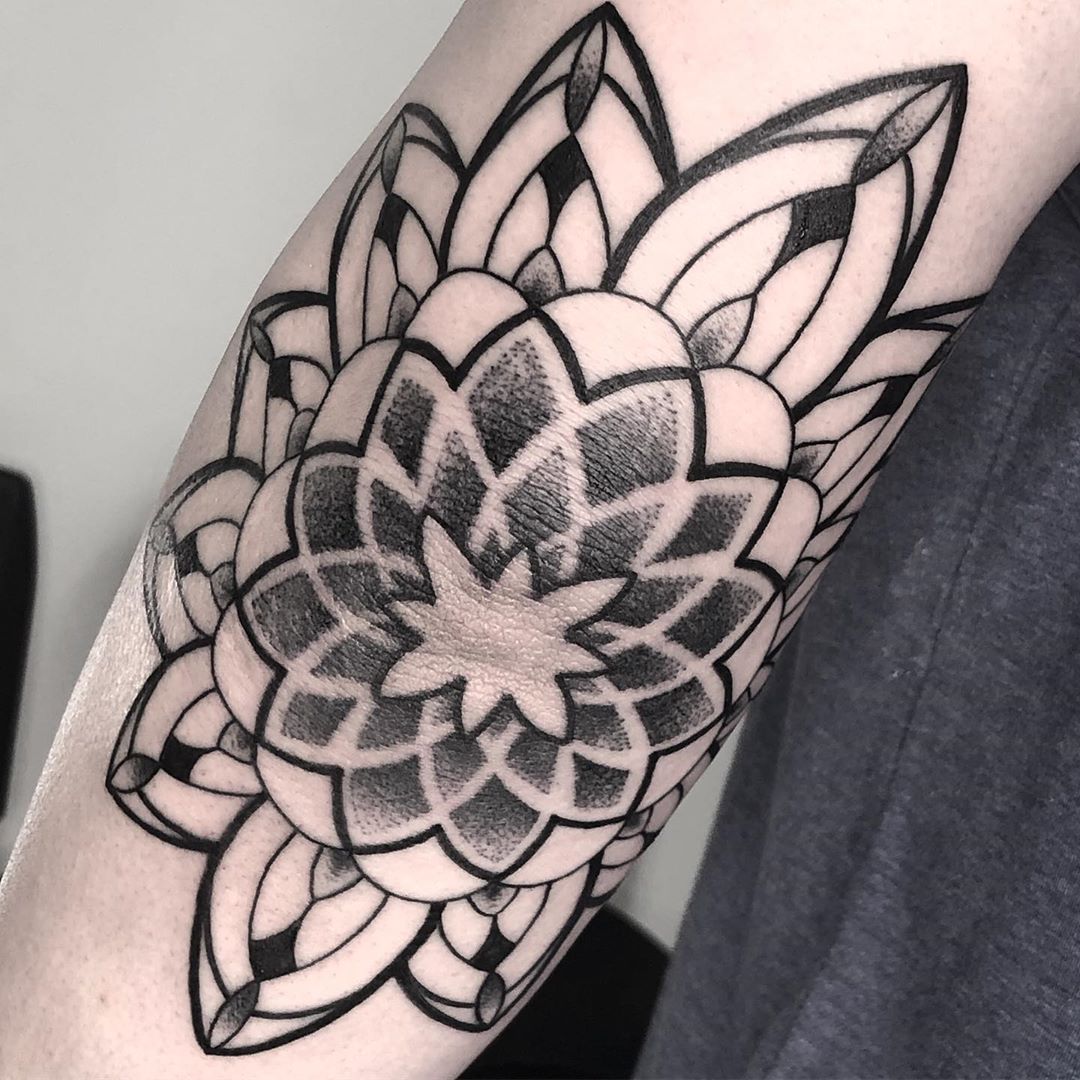 The best gallery of modern and super exclusive mandala tattoos. We host more than ninety…

The best gallery of modern and super exclusive mandala tattoos. We host more than ninety images with incredible and very original tattoos that you have surely never seen. Browse our pages looking at all the photos we have. Our multimedia servers are updated very regularly.

There is no doubt that tattoos in themselves are the perfect form of expression, but when it comes to mandalas, there are many ideas about style, shape, and color, as it stands out within the huge range of variety of tattoos .

This is because it stands out for representing itself, Buddhist and Hindu forms, therefore, it is important to delve into the meaning of each mandala, to wear something that broadly defines you.

Regardless of the variety of the mandala tattoo, it combines an endless number of structures and colors that highlight the calm on a design, because it is precisely intended to symbolize a free spirit of any man or woman, it is a broadly artistic expression.

The magnetic power of mandalas lies in their spiritual meaning, are mandala tattoos special? For many they represent the harmony and perfection of the universe, due to their genuine geometry.

Mandalas tattoos, more than body marks, are capable of connecting with a cultural, religious or simply aesthetic meaning. Because each of these designs that undoubtedly catch and attract the attention of anyone, traditionally composed of a circle that contains games and geometric combinations of different kinds.

However, its shape has been varied as time has passed, since it is possible to innovate by replacing the circle or expanding it, especially when they are narrow areas of the body, the structure of the mandala has been modified a little, but preserving the design of its interior. Primarily, which gives room to create another type of tattoo based on it.

Previously, using a mandala had a lot to do with spiritual exercises. However, with the passage of time what has prevailed rather is the design. Which has been adapted to today, with more modern colors and shapes, based on the fact that historically they have been a reflection of meaning purity, sincerity, faith and eternity.

Currently, mandala tattoos are mostly based on the structure of a flower. The most used is above all the lotus flower, copying and transferring its physical structure on the elaboration of the mandala, to form a tattoo with two meanings, that of the flower, which is closely linked with a new life or growth, according to beliefs.

Mandala tattoos, where to get one?

With these design combinations, it causes the tattoo to take more strength because it hides the shapes or representation of many things in a single figure in detail, it also provides greater ease to apply this model on narrow or complicated parts of the body without taking away shine or visibility to the tattoo .

For this reason, it is advisable to take into account the part of the body in which the tattoo will be made, because it is possible to expand and vary the design of the mandala tattoo to suit it, even thinking about a possible future extension of the model, as is usually the case. happen especially in the arms or legs that you want to cover in its entirety or combine.

Thanks to this, the application of this design can be seen as a more notorious fact even on the fingers or hands, since as an art or an expression, it can be transformed to the taste and preference of each person, there is no restriction for it , and it will always give a great touch of distinction to do something different with some type of tattoo, to make it your own.

What is really important to preserve is the shape or symmetry in which each line or geometric shape of any mandala fits, mainly so that it has that visual effect that characterizes it in which each line connects and forms an image, that it is the sensation that it is always sought to be capable of producing in those who appreciate it.

When it comes to a large tattoo, it is usually best to do it on the back, shoulders, legs and chest, everything will depend on the external style of the border, since the inside of the mandala is normally where it welcomes a large amount of play with the shapes, strokes, and any object that you want to implement, a silhouette.

Another of the important variations within this type of mandala tattoos is to combine it with the tribal style, this is used on Viking designs or Celtic mandalas, in addition to the tribal, it is usually experimented with the stained glass style, with broad similarity to architectural patterns used by churches or cathedrals on glass.

The effect and visual sensation as already mentioned, is extremely key, therefore another style is that of the depth of creating an infinite appearance in geometric figures, whether they are circles or triangles since they are the most chosen, there is also a style of sanctity which is to include the figures of some Hindu or Buddhist gods in the center.