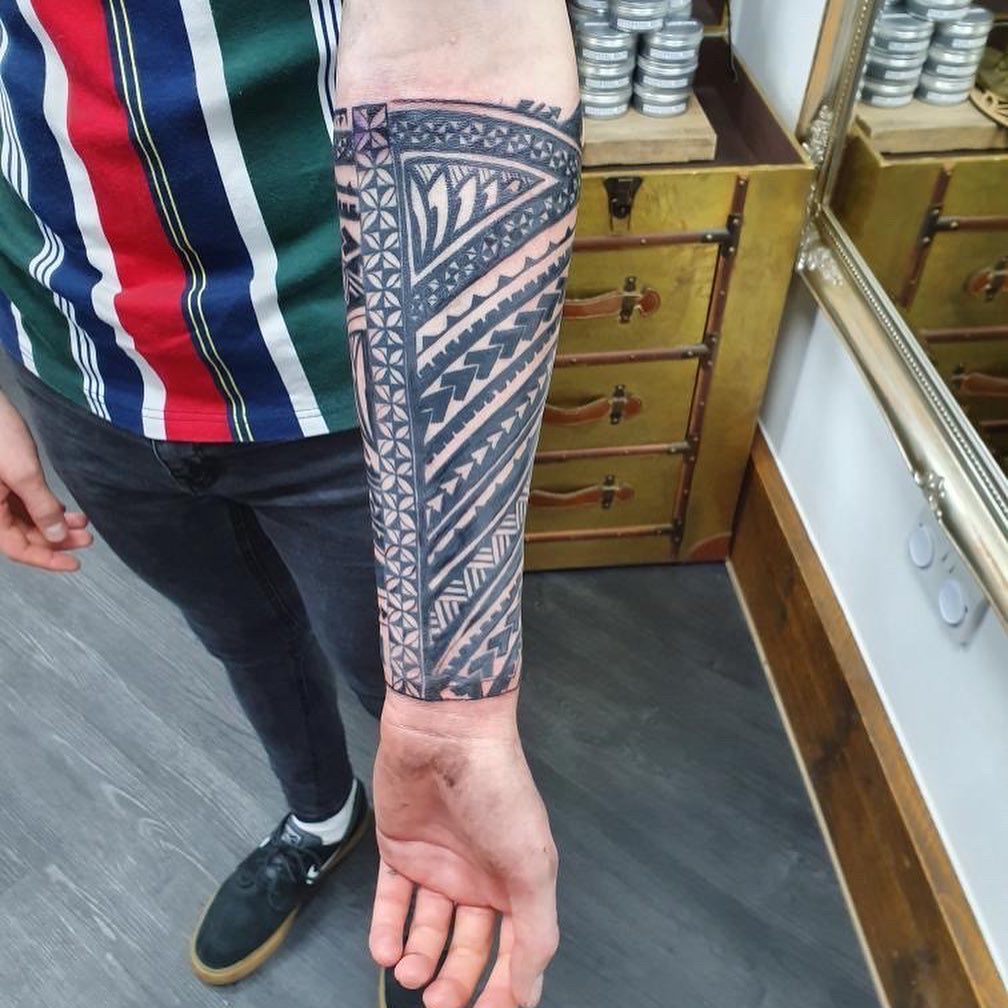 Discover the best most original Samoan tattoos of 2021. Below you will see a list…

Discover the best most original Samoan tattoos of 2021. Below you will see a list of photos of the best tattoos from our gallery with pagination included. Choose the tattoo images that you like the most. Browsing our interior pages of the galleries. Discover incredible tattoos and share them with all your friends.

Origin of the “Samoan Tattoo”

In the Polynesian archipelago, there is a group of islands called Samoa, which are known to the world as the cradle of what we know today as tattoos.

Apart from being the oldest tattoo in the world, this is also considered the sexiest a man can have (although of course, there is also a female version today), while representing an ancient tradition for Samoans.

The word tattoo comes from the Polynesian term tatau, which was used to refer to the sound made with ancient instruments (generally made of bone) to mark the skin and make the desired design.

It should be noted that these procedures were very rudimentary and painful, as the tip of the bone was stained with kukui nut ink, to gradually break the skin and allow the ink to penetrate it. Differing greatly from modern methods, which are much neater, efficient, and painless.

It is said that this art was brought to Samoa by 2 women from Fiji (a country made up of an archipelago of Oceania) and quickly became a tradition that was passed down from generation to generation by the locals.

The process of getting this tattoo was considered a ritual of courage for those who submitted to it, since the pain was very intense, linked to the fact that as they used to be large areas of skin, they could not be finished in a single session, which further complicated the process for this specific tattoo, also having to let the skin rest and heal a bit before resuming the task.

One of the most striking curiosities about this tradition is that only a native inhabitant of the island can get one of these Samoan tattoos, and each island in the archipelago has its own set of unique designs.

For the residents of these islands, it is easy to identify when a person comes from someone else only by the design marked on their skin.

Styles for each Samoan gender

According to Polynesian tradition, there are two styles of Samoan tattoos: One for men and one for women.

The Pea, is the style that men generally wear, they are made from the waist to the knee, taking a lot of the simple geometry and the curves to achieve a beautiful effect.

Boys were being tattooed with this as early as puberty, with oversized Samoan tattoos that could take over a month to culminate due to their high complexity. Each section of the work is said to have a particular meaning for the person who carries it.

The Malú were simpler designs than the Pea, intended for women, without much color filling and smaller. These are usually located on the back of the thighs, up to the knees. Although in some cases it covered the entire thigh of the woman.

Currently, the Samoan tattoo is the inspiration for millions of tattoos around the world, being one of the most famous and used styles, especially by men as a symbol of masculinity and sensuality.

Although currently most are far from the Polynesian tradition, to be adaptations of this ancient style, with some more modern, relying on the advanced methods available.

In these new designs you can see details that make it adapt very well to the contemporary era, and add that touch of personalization that each individual wants in their own tattoo.

Many of these details take inspiration from nature, since the most used are flowers, turtles, birds, fish, among others. But obviously it is not limited to this only, since the imagination is the limit of the tattoo artist, who can make innovative designs, being inspired by this culture.