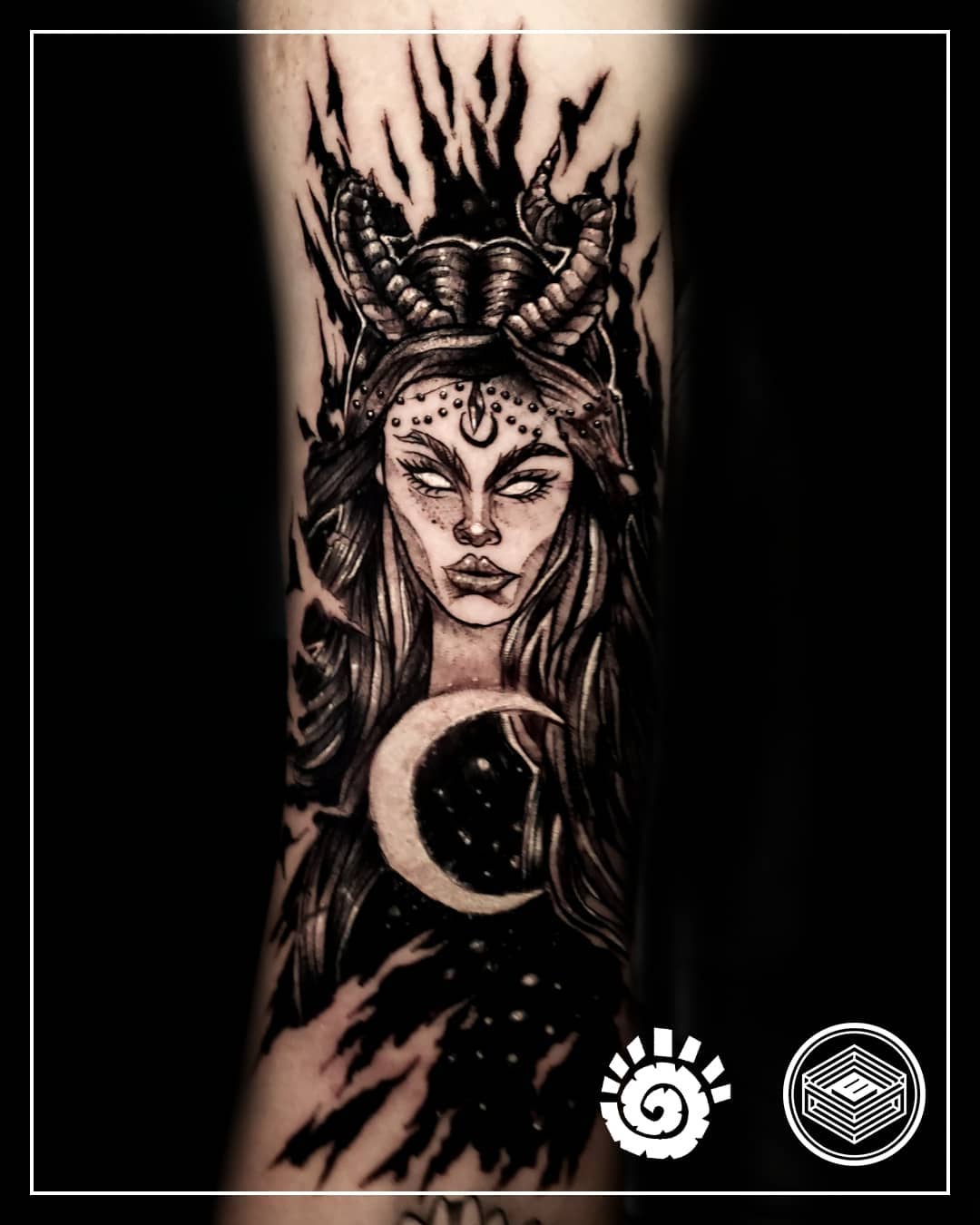 Witches have fascinated people of many cultures for centuries, just as many others feared, that…

Witches have fascinated people of many cultures for centuries, just as many others feared, that is why they have been persecuted and, in many cases, murdered.

These female figures, today are represented between young and not so young with tattoos.

Fortunately, nowadays we don’t burn witches and we live in an open society where people can practice Wicca or go to the movies and open their televisions to watch witchcraft heroines. As expected, witch tattoos with stars or witch tattoos with moon are accompanied by elements of nature.

In the dark ages of humanity, people irritated the independence, freedom and knowledge of these women who were accused of lust, dealing with the devil and other crimes such as murder and blasphemy. Fantasy literature has helped build a dark charisma attributed to witches.

In fact, the popularity of witch tattoos has increased due to the appearance of movies and television series such as Disney Animations. that have favored Bewitched, Charmed and the movie The Wizard of Oz, which has made the fans choose to get witch tattoos.

When it comes to witches we have to talk about their companion, witches are always accompanied by their servant the cat who is the link between them and the other world, that is why witch cat tattoos are so common. Witches are beings of the night, which is why witch tattoos represent the nocturnal souls of those who wear them.

Every legend contains a truth, and as much as we refuse to admit it, witches are not just a part of fiction and not all of them were like the pretty blonde, haunted housewives. There have been witches and there are witches who practiced spells and ceremonies in devilish circles and rituals. With that in mind, you can choose good witch tattoos.

To completely break with the negative meaning of witch tattoos, there are girls who use this type of design in order to express themselves and not hide their feelings and desires. However, when we talk about meaning it does not mean that these designs are bad, it is simply art.

There are witchcraft tattoos where the Coven is appreciated, which are outdoor meetings that are normally held at night, the Witches invoke their owner. Lucifer, manifesting as a male goat. In some witch tattoos it is observed that in this ritual the tribute is performed to request power, wisdom or some type of benefit.

With this more or less summarized it is verified that even today it is common practice among circles of initiates to this pagan religion, people in many cases witches and witches of great economic and social power. And for which many of these people represent their pagan religion with witch tattoos, others do it not because of religion but because they feel some kind of link with these mythological beings.