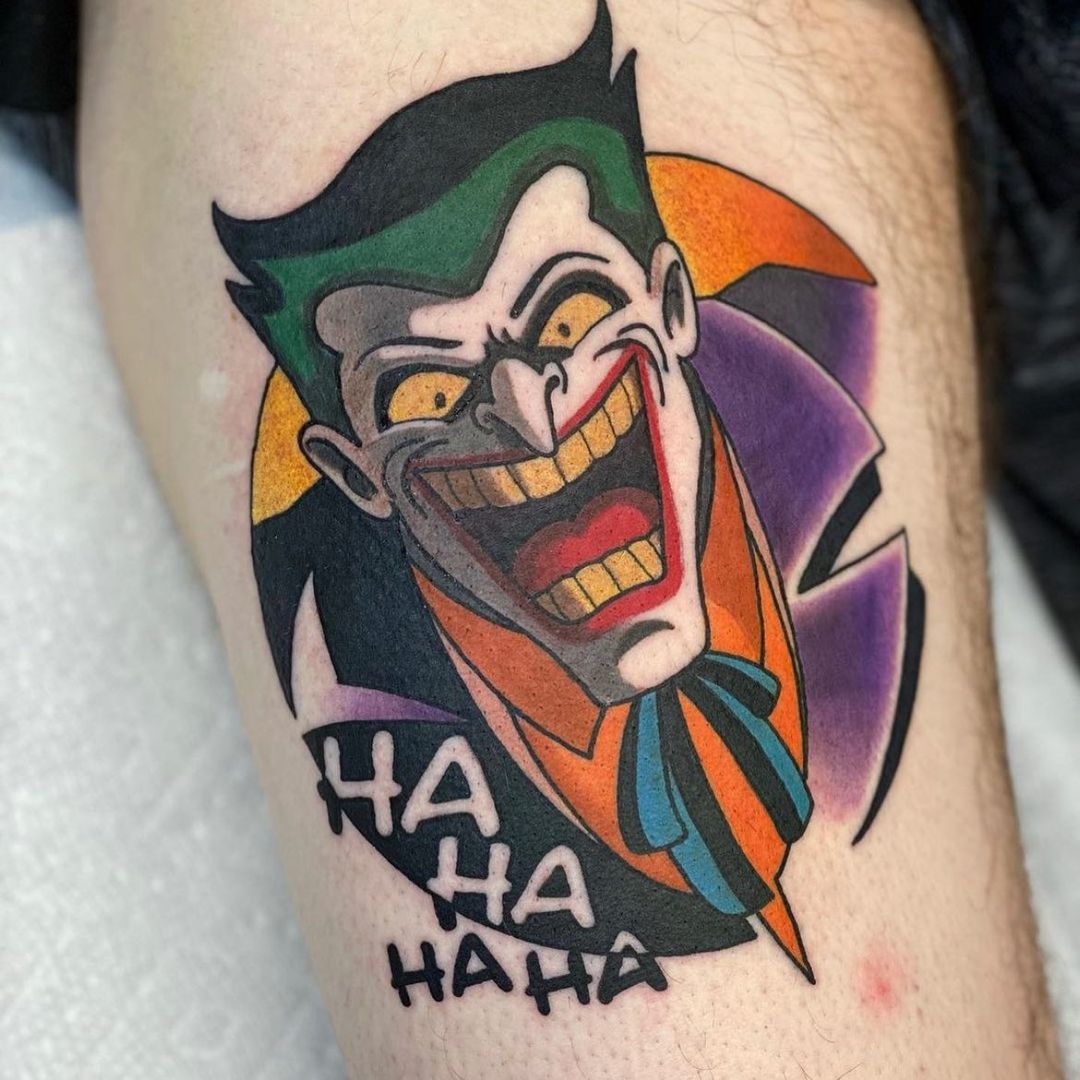 Joker tattoos have become quite popular since this character made his first appearance in the Batman movies. Counting today with different versions, the tattoo designs of him are still valid, especially among men.

These joker tattoos can be used to symbolize the fanaticism towards this acclaimed character, as well as to represent the good and the bad of the world. However, we must bear in mind that the meanings of tattoos will vary according to each one.

The joker is a character that enjoys recognition and popularity among all the people who follow DC Comics. From his first appearance in the Batman movie “The Dark Knight” to the movie “Joker” he is a highly acclaimed character.

All this is revealed not only in the box office that these films are but also in the tattoo designs and merchandise that we can find. These tattoos are made up of the character’s face, as well as his macabre smile or poker cards.

In this way, the designs of the joker tattoos will also vary. As we mentioned, he is a character that can be represented with the colors red, green and white, with poker cards, through a maniacal smile or just his characteristic painted eyes.

If you are thinking of getting a joker tattoo in honor of this character, below we highlight some of the most original designs. Keep in mind that you can customize or modify them according to your taste or your own style.

One of the things that most represent this character is his laugh. Therefore, if you want to get a tattoo in his honor, you can opt for the silhouette of his smile complemented by laughter on the sides (that is, with the letters ha repeatedly).

If you are looking for something simpler, you can opt for a design that only has the character’s laugh. For this you can choose several “ha” in thick type and in different sizes, even giving it a unique touch by having a ha in a distinctive color of the character (red or green).

Replica of the joker tattoos

The joker tattoos, of the character himself represented by Jared Leto, have also had quite a lot of relevance among fans. For this reason, there are those who choose to honor the character by replicating his tattoos on your own body, according to your taste.

Among the most popular, you can replicate the skull with a hat on the right side of the chest, or the chest with the laugh of this person, as we mentioned earlier, or opt for a tattoo on the face like those of the character.